I completely understand that not everyone celebrates Christmas. However, if you are wondering what someone is referring to when talking about Santa's sleigh, have a look here!

First, match the words in bold with the pictures. Then decide if the following sentences are true or false in the UK. 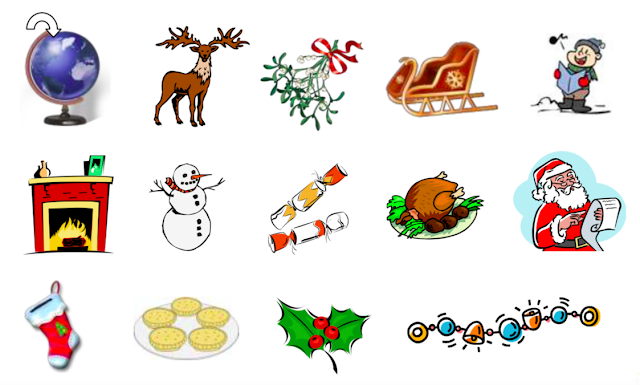 Look back tomorrow for the answers!

Posted by Torrie Gruber at 9:14 AM