If someone is curious it means they are interested in learning about what is around them.

For example: "Lynne was curious to find out how many people used the website."

If something is curious, it means it's odd, strange or unusual.

For example: "The results were very curious because a lot of Americans were using the website."

If someone or something is interesting it means it gets your attention because it may be unusual, exciting, or has a lot of ideas

For example: "She found the results very interesting."

So, something curious can be interesting, but something interesting isn't necessarily curious.
Posted by Torrie Gruber at 4:46 PM No comments:

Email ThisBlogThis!Share to TwitterShare to FacebookShare to Pinterest
Labels: Vocabulary B-1 +, Vocabulary B-2 +, Word of the Month 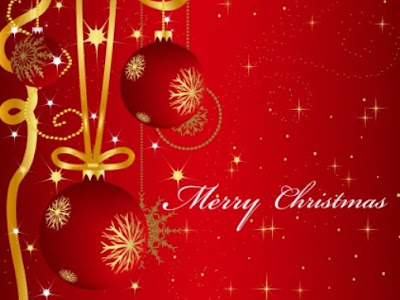 Posted by Torrie Gruber at 1:52 PM No comments: 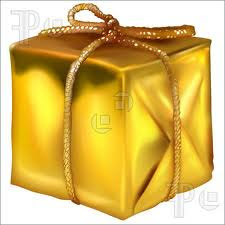 THE GOLD WRAPPING PAPER
Once upon a time, there was a man who worked very hard just to keep food on the table for his family. This particular year a few days before Christmas, he punished his little five-year-old daughter after learning that she had used up the family's only roll of expensive gold wrapping paper.

As money was tight, he became even more upset when on Christmas Eve he saw that the child had used all of the expensive gold paper to decorate one shoebox she had put under the Christmas tree. He also was concerned about where she had gotten money to buy what was in the shoebox.Nevertheless, the next morning the little girl, filled with excitement, brought the gift box to her father and said, "This is for you, Daddy!"

As he opened the box, the father was embarrassed by his earlier overreaction, now regretting how he had punished her.But when he opened the shoebox, he found it was empty and again his anger flared. "Don't you know, young lady," he said harshly, "when you give someone a present, there's supposed to be something inside the package!"

The little girl looked up at him with sad tears rolling from her eyes and whispered: "Daddy, it's not empty. I blew kisses into it until it was all full."The father was crushed. He fell on his knees and put his arms around his precious little girl. He begged her to forgive him for his unnecessary anger.

An accident took the life of the child only a short time later. It is told that the father kept this little gold box by his bed for all the years of his life. Whenever he was discouraged or faced difficult problems, he would open the box, take out an imaginary kiss, and remember the love of this beautiful child who had put it there.

In a very real sense, each of us has been given an invisible golden box filled with unconditional love and kisses from our children, family, friends and God. There is no more precious possession anyone could hold.
Posted by Torrie Gruber at 12:53 PM No comments: 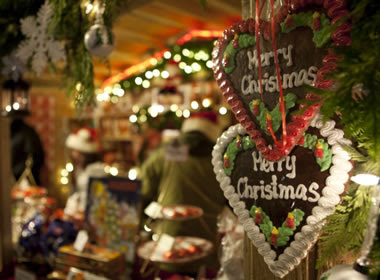 Here is a nice video to watch.
Begin here

Posted by Torrie Gruber at 4:10 PM No comments:

My Life without Money 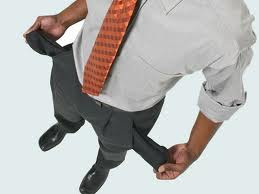 Use these words to fill in the gaps.
of children to few money Heidemarie ticket student computer has Today something turns and job the house-sat circle money she me Before of but life earn She for you as society you all can have last in So the give want anything all year they tube Heidemarie using three are people book that holiday one experiment earn might the to they and money Dortmund

Posted by Torrie Gruber at 9:41 AM No comments:

Email ThisBlogThis!Share to TwitterShare to FacebookShare to Pinterest
Labels: Exam B-1, Reading level B-1 B-2

After reviewing each section why not go to the grammar links listed in the right side of this blog and practice?

Present Simple: Occurs in the Present
Uses: Facts, routines, habits
To give instruction or directions

Present Continuous (Progressive): Is Occurring in the Present
Uses: To describe an action that is going on at the moment
To describe a temporary event of situation
With always, forever, constantly to describe and emphasize a continuing
series of repeated actions
Nature: Temporary, in progress
Signal words: at the moment, right now, still, just, while
I am watching a good film at the moment.
Form: Root verb + (–ing) end study studying
[am / is/ are] + [verb + -ing]

Present Perfect Simple: Has occurred relative to the Present
Creates a bridge between the past and now at some unspecified time
Uses: A present situation that started in the past
A past event that caused a present situation
A repeated action in an unspecified period between the past & now
As a conversation opener, in order to establish the topic of conversation or
to introduce a story; for example:
Have you ever been to Scotland?
Have I ever told you about the time I went.....
Used to locate an action in time up to now
Signal words: up to now; until now; so far; since; often, yet, already, before, ever, just
Form: [has/have] + [past participle verb form]
She has worked at HTW since 1998.
Time expressions:
Present perfect is never used with definite time expressions; i.e. time expressions which describe
fixed points in the past (finished time).
In 1999; when I was five; yesterday; before I left school; last week; at 7am; two minutes ago; last
term; at Christmas – Use past simple
Present perfect can be used with some indefinite time expressions which describe time up-to-now:
this year; since I was six; this week; recently; ever; yet; for the last few days; within the last week.


Past Simple: Occurred in the Past
Uses: Is used to talk about a completed action at a time before now, duration is
not important, the time of the action can be in the recent or distant past.
Used when it was some event or incident in the past and you have moved
on and are no longer interested.
You always use the simple past when you say when (a definite point in
time) something happened, so it is associated with certain past time
expressions:
Frequency: often, sometimes, always,
A definite point in time: last week, yesterday, six weeks ago
An indefinite point of time: ages ago, along time ago
(It happened a long time ago; that was ages ago!)
Chronological order: The door opened slowly and a man came in...
Form: [VERB + ed] Regular or Irregular past form of the verb
Three years ago, I studied German in Berlin.
When the phone rang, I washed my hair.
Details: When we want to give or receive (ask for) details involving the past,
then we use the past simple. (WHEN; WHERE; WHO; WHY)

I will call you back as soon as possible
To express an instant decision
What would you like to drink? - I‘ll have a large orange juice
To indicate or announce a definite future decision
To express a prediction
When making a general prediction about the future
Form: [WILL] + [VERB] I will help him later; I will never help him
When using a verb tense with more than one part (will help), adverbs (never);
adverbs come between the 1st and 2nd. part.
Time Reference: No future form in time clauses
Like all future forms, the future simple cannot be used in clauses beginning with
‘when’, ‘while’, ‘before’, ‘after’, ‘by the time’, ‘as soon as’, ‘if’ and ‘unless’
When you arrive tonight, we will watch a film. – CORRECT
When you will arrive tonight, we will study English. – WRONG
A specific time can be used to show the time that an action will begin.
Posted by Torrie Gruber at 4:26 PM No comments:

Email ThisBlogThis!Share to TwitterShare to FacebookShare to Pinterest
Labels: Grammar A-1 Elementary, Grammar B-1 B-2

Swiss in spending mood this Christmas 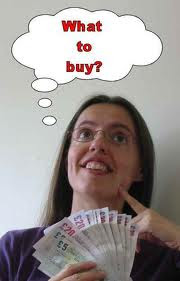 Despite gloomy economic forecasts, the Swiss are planning to spend a little bit more this Christmas than they did last year.


The consulting firm Deloitte found in a survey that on average each Swiss expected to shell out SFr612 ($661) for gifts.

While that is down SFr6 on the previous year, the total each household plans to spend on Christmas (shopping, special food, social events) has gone up by SFr3 to SFr1,038.

The high cost of goods in Switzerland is reflected in the fact that the amount is more the SFr300 higher than the European average. Deloitte said that Europeans will spend the same on activities and food but a few euros less on gifts this year.

Favourite Swiss presents are books and cash, the agency said. Due to the strong franc, 56 per cent of those surveyed said they would do their Christmas shopping in eurozone countries, compared to 48 per cent in 2010.

Gift-buying online has also become more popular. Nearly half said they are buying their presents online, which is 36 more than last year.

swissinfo.ch
Posted by Torrie Gruber at 3:57 PM No comments:

Email ThisBlogThis!Share to TwitterShare to FacebookShare to Pinterest
Labels: Just For Fun, Reading level B-2+


Comparing in English is not that difficult.
I suggest you practice a bit here!
click on this link
Posted by Torrie Gruber at 10:55 PM No comments:

Email ThisBlogThis!Share to TwitterShare to FacebookShare to Pinterest
Labels: Exam A-1, Grammar A-1 Elementary 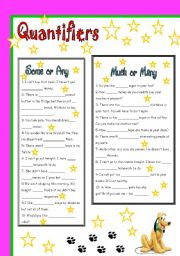 Here is some practice on usage of these words.


Begin here
Posted by Torrie Gruber at 10:42 PM No comments:

Let's do a little possessive pronoun practice.
Three minutes out of the day won't hurt a bit!
And here we go
Posted by Torrie Gruber at 9:12 PM No comments: