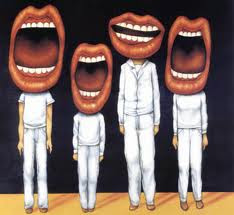 A If I’ve got time.
B When she’s early.
C Because she’s my friend.


Scroll down to check your answers

Email ThisBlogThis!Share to TwitterShare to FacebookShare to Pinterest
Labels: Exam A-1

As in the Key English Test.
Questions 1-6


1. People who saw a car drive into another car should call this number.

Begin Here
Posted by Torrie Gruber at 6:10 PM No comments:

Email ThisBlogThis!Share to TwitterShare to FacebookShare to Pinterest
Labels: Exam A-2, Reading level A-1 A-2

PET B-1 Listening anyone?

The B-1 level English is really important. This is the breakthrough for you. Practice makes perfect.
Here is a listening exam for you to practice.
Enjoy.
And LISTEN CAREFULLY!

Click here to begin
Posted by Torrie Gruber at 8:57 PM No comments:

Email ThisBlogThis!Share to TwitterShare to FacebookShare to Pinterest
Labels: Exam B-1, Listening level B-1 B-2 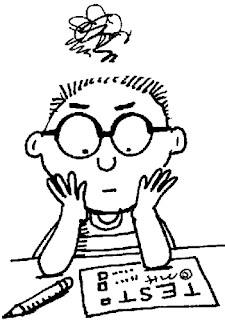 Begin here
Posted by Torrie Gruber at 6:18 PM No comments:

Email ThisBlogThis!Share to TwitterShare to FacebookShare to Pinterest
Labels: Vocabulary A-1+

Read the sentences about cleaning the house.

Choose the best word for each space.

CLICK HERE to begin
Posted by Torrie Gruber at 6:23 PM No comments:

Email ThisBlogThis!Share to TwitterShare to FacebookShare to Pinterest
Labels: Grammar A-1 Elementary, Reading level A-1 A-2

How to Form Relative Clauses

Put both pieces of information into one sentence.
Start with the most important thing
– you want to know who the girl is.
Look at this explanation.

In English
Posted by Torrie Gruber at 9:13 PM No comments:

Email ThisBlogThis!Share to TwitterShare to FacebookShare to Pinterest
Labels: Exam A-2, Grammar A-1 Elementary, Grammar B-1 B-2, Practice for German Speakers

This Feels So Good

Do you need something to make you feel good?

Watch this video
Posted by Torrie Gruber at 9:27 PM No comments:

Choose the answers you think fit best according to the text.

According to an article in Management Today, the British manager still stops work for tea. The French managing director of Novotel, the hotel group, tells what happened at his first management meeting when he took over its English operation in 1991:

"The meeting was in the afternoon, and it got to about 3.30 and everyone started looking at their watches. I didn't know what was going on. I turned to my secretary, who was English, and she said that they probably wanted to break for tea. I couldn't understand it. In France we just carry on until we have finished. Now we always break for tea."

I am not sure how many English managers now break for tea. Not that many, I imagine. Twenty years ago it was commonplace. I will never forget a Canadian sales director, pink with fury, telling me at that time how he had been offered tea and biscuits at three in the afternoon in Northampton: "I come three thousand miles, and take three taxis and a damn steam engine into the sticks, and I wanna do business, and this guy gives me a `nice cup of China tea and a biccy'. What IS he?" Mind you, this was the same man who in Rome told his Italian agent that the Colosseum would make a nice parking lot.

It is not so much the cup of tea as the pint of bitter that managers from outside Britain find a bar to efficiency. In the article, a German manager tells how when he first took over a job in Britain, he discovered that at lunchtime and especially on Fridays, the majority of his management team left for the pub. He says: "I stopped that right away. Now they are not allowed off the premises. It didn't make me very popular at the time but it is not good for efficiency. There is no way we would do that in Germany. No way."

According to European managers the British are still too concerned with class and status. A German says: "People say that the class system is a hindrance to progress and then two weeks later you overhear them discussing a colleague and saying, `Well, he is not very well-spoken, is he?'" And another says: "The class gaps translate into big gulfs in the pay league, too. In Germany, I might earn three times more than my secretary. Here it is five times."

Some criticisms are rather like those levelled at Japanese management. For example, talking about status, a Dutch manager says: "A director is God here. They respect him and think that he is right even when he is wrong. It's quite difficult to have an open conversation. People will not say `I disagree'."

Too great an interest in money is also criticised. A Dutch manager says: "My first impression on coming to Britain was that profit seemed to be the most important thing." And a Frenchman points out the difference between the UK and France: "In France there is no pressure on the bottom line."

The French manager also points out a difference in educational standards: "In France all the secretaries, or personal assistants as we call them, would have degrees. You wouldn't consider recruiting one without a degree. So, that means you can delegate much more to the secretaries in France. In the UK you cannot do that so much."


1. In the middle of the afternoon

A. everyone checked their watches.


B. hinted that it was teatime.


A. managers usually had a teabreak.


A. was impressed by the Englishman's good manners.


B. had travelled a long way.


C. liked to do business.


D. considered his time was being wasted.

4. Why did the Canadian say the Colosseum would make a nice parking lot?


A. He had nowhere to park.


C. He was worried about Rome's traffic problems.


D. He was envious of Italy's glorious past.

5. The German didn't like his managers going to the pub because


A. he was against drink.


C. it made them inefficient.


D. he believed playing sports would be better for them.

6. To stop them going to the pub, the managers


A. were ordered to stay in the office.


B. were given free lunches in the office.


D. had meetings at lunchtime.

7. In Britain, managers are paid much more than their secretaries because of

8. English and Japanese managers are similar in that they


D. have a superiority complex.

9. In comparison with the British secretary, a French secretary


B. has more status.

In this part, you will hear short extracts from exchanges between interacting speakers with two multiple-choice questions on each extract.


You’ll hear two different extracts. For questions 1-4, choose the answer which fits best according to what you hear. There are two questions for each extract. You can listen to the audio twice.

from Exam English
Posted by Torrie Gruber at 9:18 PM No comments:

FCE Use of English Part 1

EXERCISE 1.
Look at these five sentences. Which of the four words is the best one to complete each sentence?

a. moving out b. getting out c. setting out d. putting out

a. even though b. as far as c. so that d. provided that


4. The phones all looked so interesting that he couldn’t ______ his mind which one to buy.