For all you fluent English speakers out there, don’t you think it’s interesting that “the Kronecker pairing on the homology and cohomology of a space should be thought of as an analogue (in fact it is a generalization) of integrating a differential n-form along an n-dimensional submanifold?”

This excerpt is from a lecture on algebraic topology, an advanced and (to some) obscure branch of mathematics. I imagine that most native English speakers reading this article did not understand it at all. That’s because fluency in language is a relative phenomenon. No one will ever be completely fluent in a language like English, which is spoken in so many different ways by so many different people, and is used to describe so many different spheres of activity. You may be a native English speaker, but that does not mean you will understand an 80-year old bus driver from Scotland describing the terrible weather they had 50 summers ago, or a professor in algebraic topology. This is not only the case with English, but with any of the world’s languages: Spanish, Hindi, Chinese, Arabic, German, etc. I want to bust two popular, current myths about fluency which I have repeatedly come up against.

The first and central culprit is the idea that fluency is an absolute status, that the world of each language is divided into two groups: "fluent" and "non-fluent". But here’s a brief example of how muddy these waters can actually be: if I am born in Moscow, but then move to Toronto at 14 and never speak a word of Russian again for the rest of my life, am I still fluent at 89? Language is a living thing; it always happens within a context and relative to that context, and those contexts often do not have any exterior criteria by which they could be termed standard.

A second, related myth is that fluency is purely linguistic, i.e. not cultural, physical, or contextual. Some countries have different gestures to signify "no" and "yes" - written fluency won’t help you to understand the meaning of a nod. Another example from my travels involves a cultural reference: I lived in Italy for a short time, and while my Italian was improving I kept hearing (and not understanding) the term "redot", until I learned that was the Italian term for the band The Red Hot Chili Peppers.

The above examples don’t mean that there are no standards, or that there is nothing to gain from study – there is always room for improvement. But they do show that one’s use of language changes and matures, it fades or grows, and the lines aren’t as hard as they may seem. The difference between beginner and advanced becomes much less clear once a language is used in the real world.

As a last example, let’s compare a graduate student who can read complicated mathematical texts in Arabic, but doesn’t know the word for grocery store, with a traveller who has learned Arabic on the fly – ­colloquially and imperfectly – ­but who can navigate the bus system in Morocco with ease. In your opinion, which of these two is more fluent?

For the original article please see here.
Posted by Torrie Gruber at 8:03 PM No comments:

How do you say that in English? German English translation 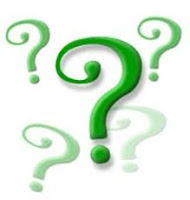 Here are some sentences.  Read the sentence and see if you can translate it to English- great practice!

I’m meeting a friend of mine this evening.  Would you like to come with us? We’re going to the cinema. Here is my mobile number. Can you call me?

Where are your parents?  They are out with friends.  What are they doing?  They’re having (eating) pizza at Abby’s Pizzeria.

Does he have a sister?  No, but he has two brothers. How old are his brothers? The younger one is nine years old and the older is seventeen.  What does his older brother do?  Right now,(at the moment) he is studying in Brighton.

Would you like something to drink?  Yes, please.  What would you like? I’d like a mineral water please.  With ice and lemon? No thank you, only with ice cubes please.

Can I speak with Tim please?  I’m sorry but he isn’t at home.  Can I give him a message?

I’m tired.  I am going to stay home this evening.

What are those people doing (there)?
Posted by Torrie Gruber at 10:17 PM No comments:

Email ThisBlogThis!Share to TwitterShare to FacebookShare to Pinterest
Labels: Practice for German Speakers, Writing A-2

Reasons for writing an email 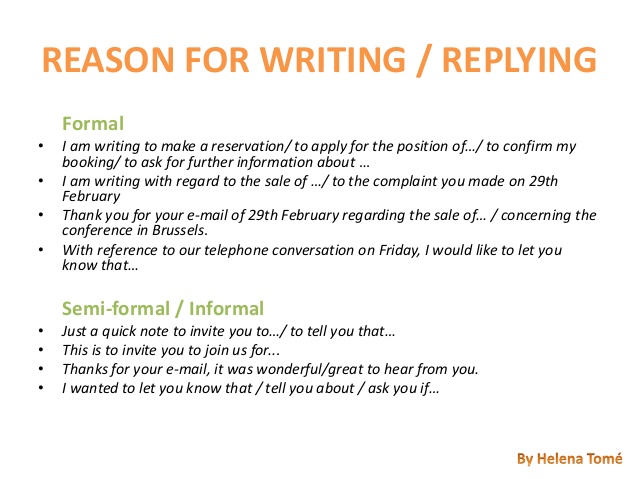 Posted by Torrie Gruber at 3:45 PM No comments:

Email ThisBlogThis!Share to TwitterShare to FacebookShare to Pinterest
Labels: BEC-Preliminary, Writing -B1, Writing A-2

Everyone loves getting a postcard.  The 'old-fashioned' postcard is so fun to find in your mail.

If you need help(or if you want to send ME-you know my address don't you?)
a postcard here is some help: 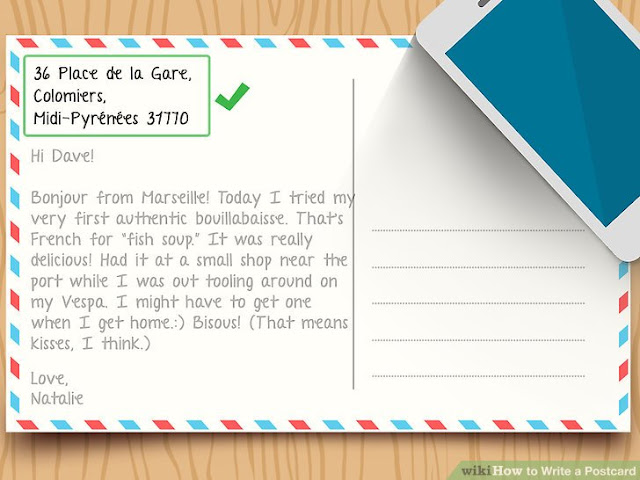 Posted by Torrie Gruber at 9:46 AM No comments: