I love Halloween. Now more so than I used to. Maybe because the act of preparing and thinking about my costume (and that of the family) is half the fun, or maybe because the candy I indulge in now is so much better, who knows?

I found this witty little article funny, for those of you who aren't big planners and prefer preparing your costume last minute:


Every year we say the same thing, “Nope, not spending money on a Halloween costume, just going to stay in, not a chance, harrumph, bah humbug” and all that. And every year, we inevitably end up at some Halloween party, looking like the one asshole who’s too cheap or too morose to wear a damn costume. So, this year, we’re cutting it off at the pass (and helping you out, if you’re anything like us) with ideas for 25 last minute homemade Halloween costumes, all assembled from stuff you probably have in your closet. You don’t even need a very interesting closet, either.

It’s simple, really. Have you got a green jacket, a black pleated skirt and glasses? That’s it for Daria. Combat boots and an orange under shirt are icing on the cake.

Alternatively, if you have a red jacket and dark denim shorts, plus opaque black tights, you’re done for Jane. But you knew that.

Uma Thurman‘s iconic Pulp Fiction heroine Mia Wallace is in the cheap costume hall of fame. You need cropped black pants and a white button down; that’s it. Anything you can do to make your hair resemble hers is a plus, but you can do just as much with a matte lip and a cigarette. And some great dance moves, obviously.

You can also go way dark and tape a syringe to your chest. Or add a trickle of fake blood from your nose.


4. Marilyn Monroe in The Misfits

Want to be Mia Wallace but you’re a blonde? Take that white button down, add jeans, pigtails and cowboy boots and you have Marilyn at her saddest.

With a tiny bit of effort, you can become your own meme. Make a cardboard sign in the style of any meme and fit it around your head (or do anything else).

You didn’t think this was going to be all girls, did you? Quick: think of something more charming than a girl dressed up as Alfred E Newman. …You can’t.

All you need is a black suit (or even just a black jacket), a white shirt and a red ribbon tie. Then, dab on some freckles with eyeliner, and black out one tooth. Or, go the extra lazy route and press a raisin between your teeth.

This was our go-to last minute Halloween costume in college. You get to have a bunch of fun doing crazy eye makeup (you’re never going to use all of that electric blue or hyper-pigmented red Urban Decay pot, so now’s your chance), then you just grab whatever black goth-y stuff you’ve got laying around. Cut out the crotch of an old pair of tights and poke your head through, add a black duster or a leather jacket. You can do garters, too, but we tend to shy away from anything especially SEXY on Halloween.

Also, 7.5: If you take the exact same outfit and do wildly different makeup, you end up with Siouxsie Sioux.

Got anything paisley? Or fringed? Perfect. Whatever flower child-looking boho crap you’ve kept from Sienna Miller‘s reign of relevance will work. Long brown hair is a plus.

Another budget costume hall of famer. Pull tightie whities on over some shorts, add a towel cape and a belt around your head. No one remembers any other details.

The cheapest Spice Girl to imitate. Got sneakers, a sports bra and some running pants? Doodle on some tattoos if you’re feeling really ambitious. Or you could just…

For the full article, check out the rest of the costumes here.

Posted by Torrie Gruber at 4:56 PM No comments:

How many words can you make out of AUTUMN LEAVES?

Posted by Torrie Gruber at 4:50 PM No comments: 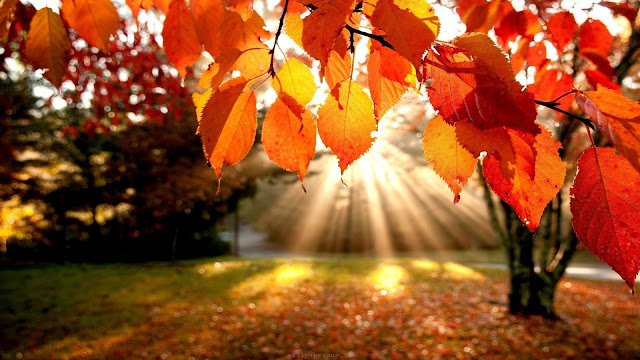 Posted by Torrie Gruber at 4:45 PM No comments:

Word of the Month

comes from the Latin root septem-, meaning “seven,” because in the original Roman republican calendar September was the seventh month of the year rather than the ninth. The Roman calendar was only ten months long and included the following months—Martius, Aprilis, Maius, Junius, Quintilis, Sextilis, September, October, November, and December. The last six months were assigned names according to their ordinal numbers—Quintilis is the fifth month, Sextilis is the sixth month, and so on.

Posted by Torrie Gruber at 3:56 PM No comments:

Email ThisBlogThis!Share to TwitterShare to FacebookShare to Pinterest
Labels: Word of the Month

1) The bandage was wound around the wound.


2) The farm was used to produce produce.


3) The dump was so full that it had to refuse more refuse.


4) We must polish the Polish furniture.


5) He could lead if he would get the lead out.


6) The soldier decided to desert his dessert in the desert.


7) Since there is no time like the present, he thought it was time to present the present.


9) There was a row among the oarsmen about how to row.


12) How can I intimate this to my most intimate friend?


English is a fascinating language.

There is no egg in eggplant, nor ham in hamburger; neither apple nor pine in pineapple.

Sweetmeats are candies while sweetbreads, which aren't sweet, are meat.

We take English for granted. But if we explore its paradoxes, we find that quicksand can work slowly, boxing rings are square and a guinea pig is neither from Guinea nor is it a pig.

And why is it that writers write but fingers don't fing, grocers don't groce and hammers don't ham? If the plural of tooth is teeth, why isn't the plural of booth beeth? One goose, two geese. So one moose, two meese?

If a vegetarian eats vegetables, what does a humanitarian eat?

In what language do people recite at a play and play at a recital? We ship by truck and send cargo by ship? Have noses that run and feet that smell?

How can a slim chance and a fat chance be the same, while a wise man and a wise guy are opposites?

You have to marvel at the unique lunacy of a language in which your house can burn up as it burns down, in which you fill in a form by filling it out and in which an alarm goes off by going on.

And finally, when you want to shut down your computer, you hit "START."
Posted by Torrie Gruber at 9:48 AM 1 comment:

Art and design are often viewed as something purely aesthetic, which I have come to learn is absolutely not the case - so of course, when I come across something that brings together functionality and aesthetics, I have to share.

Vincent Le Thuy (founder of the magazine Sole Collector), brand Pigalle helped by Nike and creative minds working at Ill Studio have recently launched a project of renovation for the basketball court Duperré in Pigalle (Paris). It opened on the 1st July, featuring vivid colors and squares that appear like a breathe in the middle of the two concrete buildings that overhang it. The ground was designed from a “recycled rubber gum that absorbs the ball’s noise” in order to solve the problems of noises that threatened this court to close last year.

Now, do you still believe art and design are solely aesthetic?

Posted by Torrie Gruber at 11:33 AM No comments:

Email ThisBlogThis!Share to TwitterShare to FacebookShare to Pinterest
Labels: Design and Art

Many of you, including my daughter are college bound this month - which means reading up on materials that you may have skipped during your earlier education.

Just like with any book, it is important to read up on it and understand its context. For that, there are several tools on the market that can help guide you - both as a pre- and post-reading material.

One of my favourite reads, and one that definitely needs some context, is George Orwell´s 1984.

Let me try to recap it for you using the online tool Cliffsnotes:

In George Orwell's 1984, Winston Smith wrestles with oppression in Oceania, a place where the Party scrutinizes human actions with ever-watchful Big Brother. Defying a ban on individuality, Winston dares to express his thoughts in a diary and pursues a relationship with Julia. These criminal deeds bring Winston into the eye of the opposition, who then must reform the nonconformist. George Orwell's 1984 introduced the watchwords for life without freedom: BIG BROTHER IS WATCHING YOU.

The three most important aspects of 1984:

The setting of 1984 is a dystopia: an imagined world that is far worse than our own, as opposed to a utopia, which is an ideal place or state. Other dystopian novels include Aldous Huxley's Brave New World, Ray Bradbury's Fahrenheit 451, and Orwell's own Animal Farm.

When George Orwell wrote 1984, the year that gives the book its title was still almost 40 years in the future. Some of the things Orwell imagined that would come to pass were the telescreen, a TV that observes those who are watching it, and a world consisting of three megastates rather than hundreds of countries. In the novel, the country of Eastasia apparently consists of China and its satellite nations; Eurasia is the Soviet Union; and Oceania comprises the United States, the United Kingdom, and their allies.

Another of Orwell's creations for 1984 is Newspeak, a form of English that the book's totalitarian government utilizes to discourage free thinking. Orwell believed that, without a word or words to express an idea, the idea itself was impossible to conceive and retain. Thus Newspeak has eliminated the word "bad," replacing it with the less-harsh "ungood." The author's point was that government can control us through the words.

Posted by Torrie Gruber at 11:17 AM No comments:

Email ThisBlogThis!Share to TwitterShare to FacebookShare to Pinterest
Labels: BEC-Higher

Word of the Month

Habit [hab′it]
The definition of habit is something that you do regularly, or an addiction. 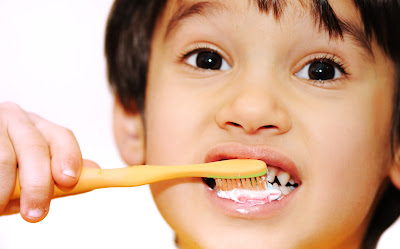 Origin of the word habit
Middle English ; from Old French ; from Classical Latin habitus, condition, appearance, dress ; from past participle of habere, to have, hold ; from Indo-European base an unverified form ghabh-, to grasp, take from source give transitive verb to dress; clothe

Posted by Torrie Gruber at 12:00 PM No comments: