People so often incorrectly use yay, yea or yeah.
Simple
YAY our team won!
Yea, I like my job.
Yeah, I agree with you.
Yes, this is correct.

Yay is an exclamation that shows feelings such as excitement, joy, happiness, triumph, and approval. The origin is fuzzy though. Some dictionaries say it came from yeah, but most seem to think it evolved from the adverbial yay in the phases yay big and yay high, but then the Oxford English Dictionary says that the yay in yay high probably came from yea.  And you wonder why people are confused.
No matter where it came from, the first example sentence foryay in the Oxford English Dictionary is from 1963, and it is fabulous. He talks surfie talk. 'cowabunga, wipe-out, I'm getting stoked..yay gremmies'. (Gremmies are young or inexperienced surfers who are often annoying. It comes from gremlins. But back to yay.)

Yea is a much older word that can be traced all the way back to Old English and that has parallels in all Germanic languages. It's another way of saying "yes" or "indeed." It can be an adverb, as in Squiggly loved the chocolate, yea, he reminisced about it for weeks, or it can be a noun, as in Aardvark was one of 30 yeas in favor of limiting access to the lake. Today, people most often useyea when they’re talking about voting.

Finally, yeah is an informal way of saying "yes" that was being used in America by the early 1900s. Yeah is still labeled informal or colloquial in many dictionaries, and some manners guides and articles on professionalism advise readers that yeah is sloppy, and yes is the only mannerly, professional response. (I tend to say "yeah" instead of "yes," but I'm working on it.)

Some people don't like to use "yea" and "yeah" to mean "yay," and although I believe such use is often the result of confusion about what each word means, I also like to remember that people shout the word "yes" when they are excited too, so it's not necessarily inappropriate to use "yea" or "yeah" in on professionalism advise readers that yeah is sloppy, and yes is the only mannerly, professional response. (I tend to say "yeah" instead of "yes," but I'm working on it.)
- See more at: http://www.quickanddirtytips.com/education/grammar/yay-yea-yeah-or-yes#sthash.fzHbFcmQ.dpuf
Posted by Torrie Gruber at 8:07 PM No comments:

Email ThisBlogThis!Share to TwitterShare to FacebookShare to Pinterest
Labels: Vocabulary B-1 +

2. This presentation of the word “welcome”:

5. This unfortunate situation at McDonald’s:

7. This perfect depiction of punctuation:

9. This special form of dinosaur:

11. This perfect answer to a common question:

14. This flawless comeback to a pickup line:

16. This joke about dating:

17. These reactions to the “alarmed” door:

18. This quintessential “walked into a bar” joke:

19. And this very adjective sentiment:

Drew Toothpaste / Via 9gag.com
Posted by Torrie Gruber at 1:07 PM No comments:

If you know me, you know that I love castles. I continuously roam around Switzerland trying to get my share of old ruins, hiking up and down the Alps in search for the best of the best, thus when I found this article written by Angus Shaw, I thought you would also like to indulge your inner history nerd :)

In the United Kingdom, castles are everywhere. In fact, the place is home to some of the world’s oldest and largest castles.

The Normans are credited for building many of England’s castles. It was after 1066 when the massive castle building programme was launched in the country on the orders of William the Conqueror.

Apart from serving as a place of residence, the castles were a way for the Normans to expand their presence in England and take control of the English people. They were considered to be a sign of Norman power.

We share here some of the oldest castles you should not miss exploring if you get the chance to visit the U.K.

Windsor Castle in Great Britain is the world’s oldest official residence of a royal family having been built some 900 years ago. It is also the largest occupied castle which features several homes, a large church in addition to the royal palace.

Located 20 miles west of London, this castle serves as the weekend home of Queen Elizabeth II and is visited by more than a million people every year. VIPs who had been in this place as special guests of the Queen include former U.S. presidents Jimmy Carter, Ronald Reagan and Bill Clinton.
Leeds

The Leeds Castle situated 30 miles from central London is also 900 years old. The former residence of Henry the VIII, the castle is now owned by Americans who also own large tracts of land in the state of Virginia.

William Randolph Hearst was the first American to buy the Leeds Castle but got frustrated upon discovering that the place had missing bathrooms and no electricity. Lady Olive Baillie was the next American who acquired the castle in 1926. She then restored the castle to its former glory.
Tintagel

Set in Cornwall, the Tintagel Castle was built 800 years ago by the Earl of Cornwall. It was inspired by legends of King Arthur and his Knights of the Round Table and was constructed to resemble the court where King Arthur reigned for many years.

What’s also interesting to see here is that the castle showcases a re-enacement of the battles fought by King Arthur and his knights every summer. It’s definitely an added attraction to the place.
Corfe

This castle located on the isle of Purbeck of Dorset was constructed way back in the 9th century. By the 11th century, two more towers were added to the structure.

It is well known that the castle used to be a prison and storeroom for all treasures of the Romanians.
Eilean Ponan

Built in Scotland in the 13th century, the Eilean Ponan castle was said to have been constructed to keep the vikings away. It is considered the oldest and most prominent castle in Scotland but unfortunately, was not properly maintained.

Thankfully, concerned groups rebuilt the castle four times until it accommodated the public once more in 1932. Since then, tourists from around the world have been flocking to the castle.

Posted by Torrie Gruber at 11:11 AM No comments:

I had to laugh when I stumbled across these expressions that include fish. With a daughter living and working in the sardine capital of the world, Lisbon, I felt I might as well go ahead and share them with you as well. My daughter continuously shares funny stories using the metaphor of sardines...so when I shared these with her, well, imagine her delight!

Posted by Torrie Gruber at 11:08 AM No comments:

Email ThisBlogThis!Share to TwitterShare to FacebookShare to Pinterest
Labels: Just For Fun, Reading level A-2 B-1

We use phrases every day in the English language. If you want to become a colloquial genius, studying these and more importantly, understanding them, is key. 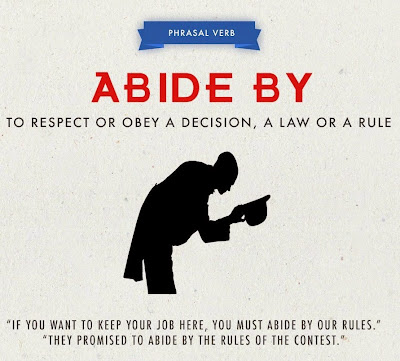 Posted by Torrie Gruber at 11:04 AM No comments:

Im a big animal lover, so when I found the exercises below, I thought I had to share. Though better suited for my younger learners, delving into the animal kingdom can be fun at any age!

Alligators live in America. They are giant, intelligent reptiles directly descended from ancient crocodilians that were alive before the dinosaurs.

Bears are fast runners, excellent swimmers and good climbers. They may look cute, but this animal is very dangerous!

Camels are called ships of the desert. They have several adaptations that protect them during sandstorms. They are used for transport, milk, hides and wool.

Altough they live in the water, dolphins are mammals, not fish. They are intelligent, playful creatures, friendly to humans.

Elephants are the largest mammals in the world that live on land. They have a gentle personality, and are very sensitive and clever.

Fish live and breathe in water, have slimy bodies and are cold-blooded. There are many kinds of fish, some have bones, but others only cartilage.

Giraffes, the tallest of the land animals, live in the savannas of Africa. They are well known for their long necks, long legs and spotted patterns..

Hippos live in the rivers, lakes and swamps. They are the third largets African animal. Adult hippos have no natural enemy.

There are over 1 million different known species of insects in the world, and some experts estimate that there might be as many as 10 million!

Jellyfish have fish in their name, but they are not fish. They live in every ocean in the world, even in freshwater lakes too.

Kangaroos are the symbol of Australia. They appear on Australian postage stamps, coins, and even on Autstralian planes.

Lions live in bush, grasslands, savannas and woodlands. The lion is a symbol of power, courage and nobility.

Newts are brightly coloured salamanders. These small amphibians are found in moist, wooded areas in North America, Europe and Asia.

Owls are mysterious birds. They like lonely places. In many countries the owl is a symbol of wisdom.

Penguins are birds, but unlike most birds they are not able to fly. They live in the southern half of the world. Many penguins are not afraid of people.

Honey bees are the only insects that produce a food consumed by humans. Honey is produced in one of the busiest yet most efficient factories in the world - a beehive.

Raccoons are curious, intelligent and often troublesome mammals. They me be found in hollow trees, ground burrows and brush piles.

Seals are marine mammals. There are lots of kinds of seals. Scientists group them into three main types: true seals, eared seals, and walruses.

Tigers are the biggest cats in the world. They live in steamy hot jungles as well as icy cold forests.

Unicorns are one horned mythical creatures that can be associated with all kinds of mythology.

Vipers are weird creatures. They can move without legs, and can cause sickness or death with a single bite.

Whales are large, intelligent animals. They are not fish, they are mammals that spend their entire lives in the water.

Foxes are the smallest member of the dog family.They have characteristics of both dogs and cats, and are nocturnal animals.

Yaks originate in the Himalayan Mountains, and have been domesticated for about 5000 years.

There are three species of Zebra, all native to the African continent. They differ slightly in their stripes, but all have the same general shape.
Posted by Torrie Gruber at 9:18 AM 1 comment: