I am a big advocate of Scrabble. Not only is it tons of fun, but it´s also educational, and chilly evenings like tonight are always the best for board games with family and friends. 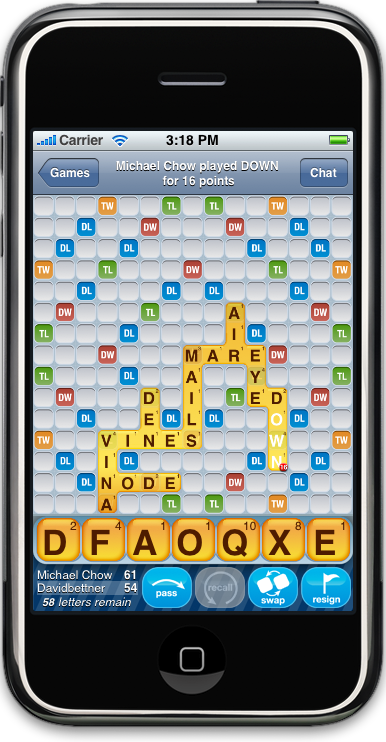 It is a fun, free social word game where your English language skills are tested and tried. You can find friends online, or sharpen your skills anytime and anywhere while you're offline.

Now before getting started, there are several words you MUST know before playing - they will help you out in situations that you didn't know possible:

It is one of the top five most played words in Words With Friends, but what does it mean? It’s a variant spelling of the word chi, the vital life force believed to circulate around the body and through the universe in Chinese medicine.

Qat
Another conveniently short word, qatrefers to “an evergreen shrub, Catha edulis, of Arabia and Africa, the leaves of which are used as a narcotic when chewed or made into a beverage.” It can also be spelled kat or khat.

Also spelled fakir and faquir, faqir is “a Muslim or Hindu religious ascetic or mendicant monk commonly considered a wonder-worker” or a “dervish.”

Qwerty
This acronym was coined in the 1920s to describe the standard keyboard which began with these six letters at the top left.

Qaid entered English in the mid-1800s and refers to “a tribal chief, judge, or senior official.” It stems from the Arabic word meaning “leader.” It’s sometimes spelled caid and shares a root with the Spanish word alcaidemeaning “a commander of a fortress” or “a warden.”

Qadi
Related to qaid, qadirefers to “a judge in a Muslim community.” It’s a useful variant when trying to stack words to play do or it.

Sheqel
Also spelled shekel, sheqel is an ancient unit of weight equivalent to about a quarter or a half of an ounce. Today it is most commonly used to refer to the Israeli currency, though it is also a slang term meaning “money.”

Qindar
Another money-related term, qindar, also spelled qintar, is a monetary denomination, like the cent, in Albania that’s equivalent to 100th of a lek, the standard monetary unit.

Qoph
Though this word sounds like a cough, qoph is actually the 19th letter of the Hebrew alphabet.

Posted by Torrie Gruber at 4:30 AM