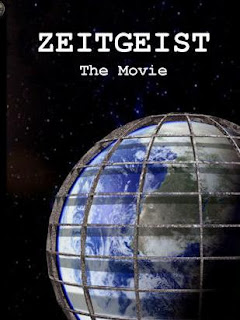 Here is the link to the movie which won the award - Artivist´s Film Festival 2008.

It is thought provoking.

Zeitgeist was created as a not for profit expression to inspire people to start looking at the world from a more critical perspective and to understand that very often things are not what the population at large think they are. The information in Zeitgeist was established over a year long period of research and the current Source page on this site lists the sources used / referenced. Soon, an interactive transcript will be online with detailed footnotes and links.

It's important to point out that there is a tendency to simply disbelieve things that are counter to our understanding, without the necessary research performed.
For example, some information contained in Part 1 and Part 3, specifically, is not obtained by simple keyword searches on the Internet. You have to dig deeper. For instance, very often people who look up "Horus" or "The Federal Reserve" on the Internet draw their conclusions from very general or biased sources. Online encyclopedias or text book Encyclopedias often do not contain the information contained in Zeitgeist. However, if one takes the time to read the sources provided, they will find that what is being presented is based on documented evidence. Any corrections, clarifications & further points regarding the film
are found on the Clarifications page. Downloadable formats are also now available.

That being said, It is my hope that people will not take what is said in the film as the truth, but find out for themselves, for truth is not told, it is realized.

click here to watch the full film
Posted by Torrie Gruber at 9:03 PM

Email ThisBlogThis!Share to TwitterShare to FacebookShare to Pinterest
Labels: Listening level B-2 C-1