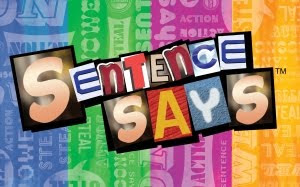 Parts of speech are put together to create sentence patterns in English. All of my elementary students know what I mean with a label S V O by now - subject verb object.

Basically, the eight parts of speech are as follows:

This basic sentence pattern can be modified by adding a noun phrase, possessive adjective, as well as other elements. This is true for all the sentence patterns that follow.

The next sentence pattern builds on the first pattern and is used with nouns that can take objects.

The next sentence pattern builds on the first pattern by using an adverb to describe how an action is done.

This sentence pattern uses linking verbs to link one noun to another. Linking verbs are also known as equating verbs - verbs which equate one thing with another such as 'be', 'become', 'seem', etc.

Jack is a student.
This seed will become an apple.

My computer is slow!
Her parents seem unhappy.

Sentence pattern #6 is used with verbs that take both direct and indirect objects.

I bought Katherine a gift.
Jennifer showed Peter her car.
Posted by Torrie Gruber at 9:35 PM